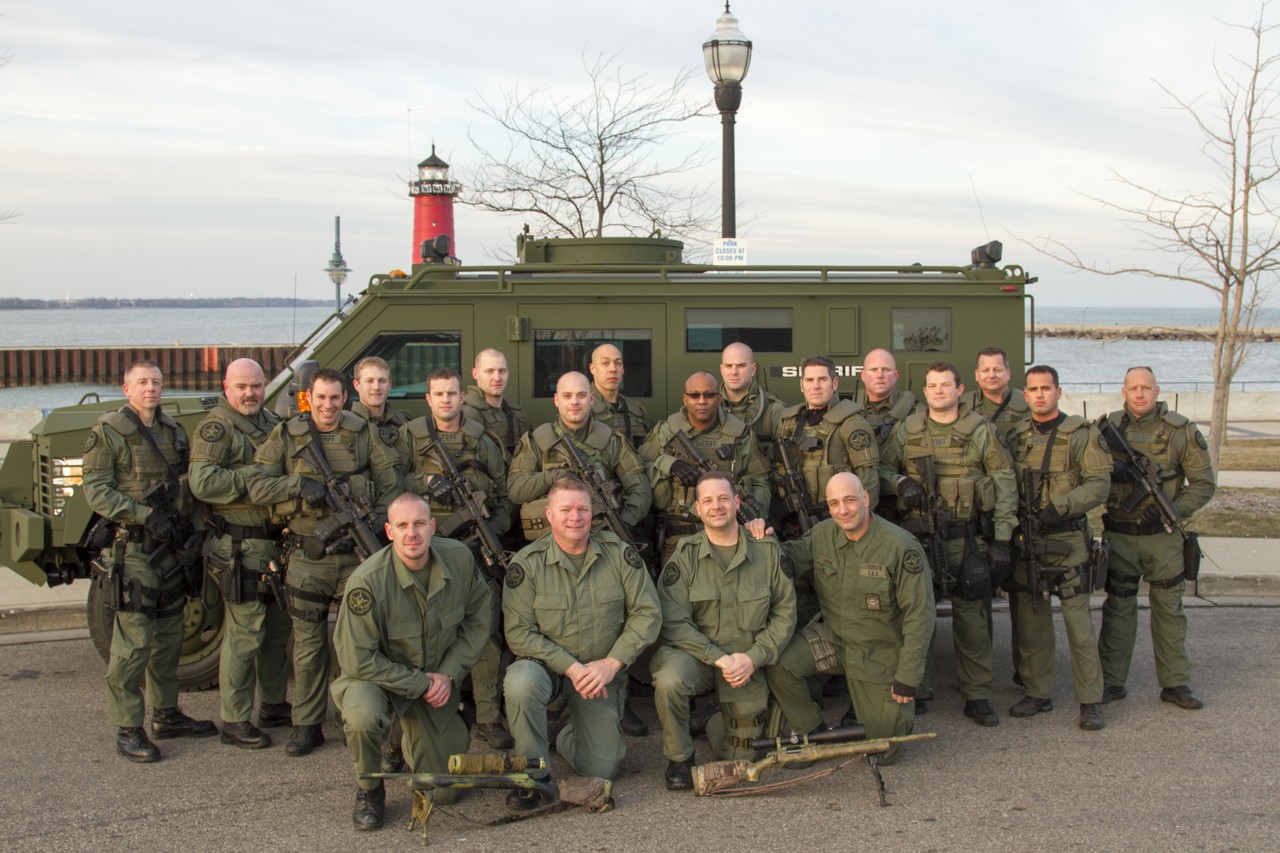 Although Kenosha County Sheriff’s Department patrol personnel are highly and continuously trained, the need for specialized equipment and tactics were sometimes required to resolve a dangerous situation.

The formation of a Special Weapons and Tactics Team (SWAT) was the result after evaluating the needs of the department and community. The team originally comprised 10 officers who were selected after evaluations. These officers were equipped with the very basics of law enforcement equipment.

As calls for service for this team increased, it became obvious that the size and complexity of the tactical program needed to evolve. After some modest changes in the late 1980s, the team was increased to its current size of 24 in 1992. This increase has included several members from the Kenosha Police Department and the Pleasant Prairie Police Department.

To become a member of the Tactical Response Team candidates must pass a rigorous physical abilities test that incorporates technical and firearms skills. This is followed by an interview and performance review by the team’s command staff prior to final approval from the Sheriff’s administration.

The name of the unit was changed to the Kenosha County Sheriff’s Department Tactical Response Team.

The Tactical Response Team was originally trained by the Federal Bureau of Investigation. Currently, KSD utilizes the skills of our personnel to conduct our own training classes which have served as a training platform for other agencies. Expertise that has been gained through this program is now recognized statewide and serves as a testament to this teams skill.

The team trains twice a month. Members are required to maintain rigid standards of expertise and proficiency. The knowledge and capability of the Tactical Response Team is augmented by the newest equipment available to the Sheriff’s Department.

As the needs of the community change, so will the operation and structure of the Kenosha County Sheriff’s Department Tactical Response Team.