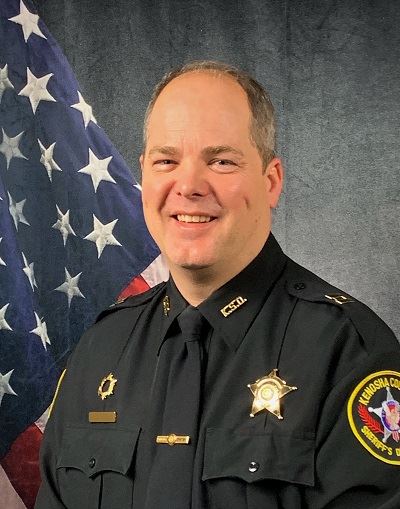 The Operations Division of the Sheriff’s Department consists of the Patrol Unit and the  Detective Bureau.

Captain Beth was born and raised in the Town of Bristol, attending Paris Grade School, Westosha Central High School and UW-Parkside. Captain Beth earned a Bachelor’s Degree from Mount Scenario College in Ladysmith, WI. Captain Beth was a dispatcher for the Pleasant Prairie Police Department and then Kenosha Joint Services before being hired as a Deputy Sheriff on February 22, 1995.

As a Deputy, Captain Beth became an Evidence Technician, Accident Investigator, Hostage Negotiator, Field Training Officer and School Resource Officer at Westosha Central High School. He was promoted to Sergeant in June of 2007 where he completed assignments in Patrol, Training, and as the Public Information Officer. He was promoted to Lieutenant on December 14, 2014 and has served as Facility Administrator at the Kenosha County Detention Center and as First Shift Patrol Commander. Captain Beth also served as Deputy Emergency Management Director for 10 years.