Zoerner was promoted to sergeant on Dec. 18, 2021, and held several assignments in the Patrol and Conveyance divisions, including Handgun and Rifle Instructor, Taser Instructor and Drone Operator. As a sergeant, Zoerner also attended the FBI-LEEDA Law Enforcement Executive Leadership Institute.

Additional biographical information about Sheriff Zoerner will be added soon. 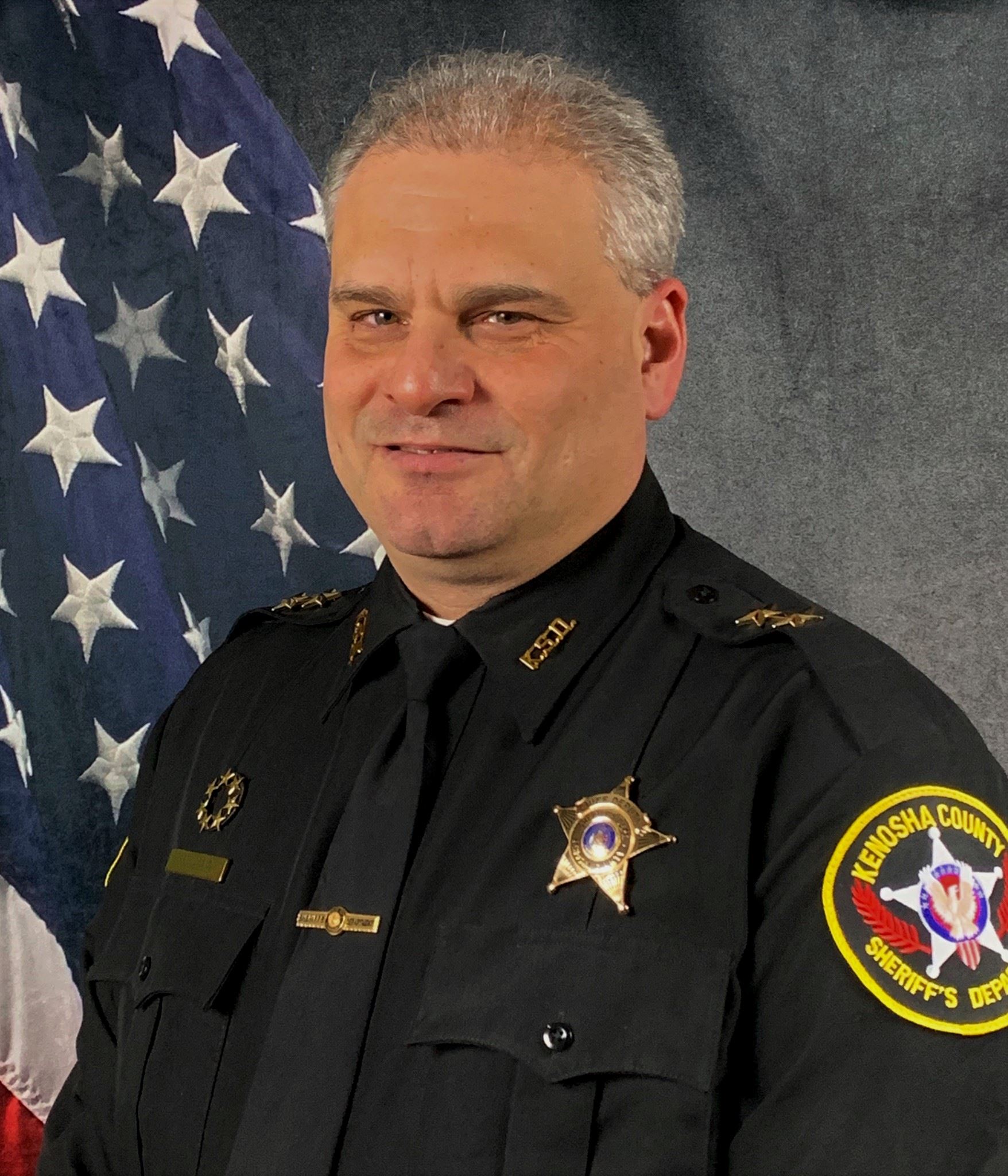 Chief Deputy Marc Levin was hired as by the Department in July of 1990. In 2001, he was promoted to Sergeant after working for 11 years as a patrol deputy on all three shifts. As a Sergeant, Levin supervised first and third shift patrol until 2011, when he was promoted to Lieutenant and was in command of the Conveyance Bureau and a member of the Courthouse Security Advisory Committee.

Levin was then promoted to the rank of Captain in 2015. Captain Levin commanded the Detentions Division overseeing the Kenosha County Detention Center and the Kenosha County Jail Pre-trial Facility. There he was responsible for over 200 full and part-time staff members.

Chief Deputy Levin holds a bachelor Degree from the University of Wisconsin-Milwaukee, majoring in Criminal Justice.

On January 4, 2017, Levin was promoted for the fourth time to the rank of Chief Deputy where he serves as second in command of the entire Kenosha Sheriff’s Department and is charged with administrating daily operations. In late 2022, he announced he will retire on Feb. 28, 2023.

Chief Deputy Justin Miller was hired as a Deputy Sheriff by the Kenosha County Sheriff’s Department in October 2002. Born and raised in Kenosha, after graduating from Bradford High School Chief Deputy Miller served five years in the U.S. Navy as a Hospital Corpsman. He later attended Arizona State University and Carthage College, where he earned his bachelor’s degree in Criminal Justice.

In his early career, he was assigned to the Operations Division, working as a Patrol Officer. During those early years, he had the opportunity to work on all three patrol shifts as well as being assigned to patrol duties in the Village of Paddock Lake, Kenosha County’s first contract policing program. He also worked in the Conveyance Unit, Community Relations, and the Civil Process Unit. In addition, Chief Deputy Miller received extensive training at the FBI Hazardous Device School in Huntsville, Alabama, and served as a Bomb Technician on the Kenosha County Bomb Squad for seven years. Chief Deputy Miller also served on the Hostage Negotiations Unit from 2007 to 2014 as a negotiator and served as the commander of the unit from 2014-2016.

Chief Deputy Miller was promoted to the rank of Sergeant in 2011, where he spent a year on Third Shift Patrol and two years in Conveyance.

On Dec. 6, 2022, Chief Deputy Miller was promoted for the fourth time to the rank of Chief Deputy, where he serves as second in command of the entire Kenosha Sheriff’s Department and is charged with administrating daily operations.