The Ceremonial Courtroom, which will be 100 years old in 2025, reflects both the heritage and the future of Kenosha County. It is a gathering place for justice; we want it to be welcoming to all. Very few communities have a similar civic and community treasure. The last generation built it; it is now up to this generation to restore it to pass on to future generations.

It is an architectural gem. The proposed restoration will restore the Ceremonial Courtroom to its former grandeur, preserving this focal point of the building. It will also allow the Courtroom to be used for historical and architectural tours, educational activities for our children, and community events.

The County has recently received a prestigious Jeffris Family Foundation challenge grant of $675,000, which must be fully matched 2:1 to be received. We have launched a campaign to raise $1,350,000 in private funds. 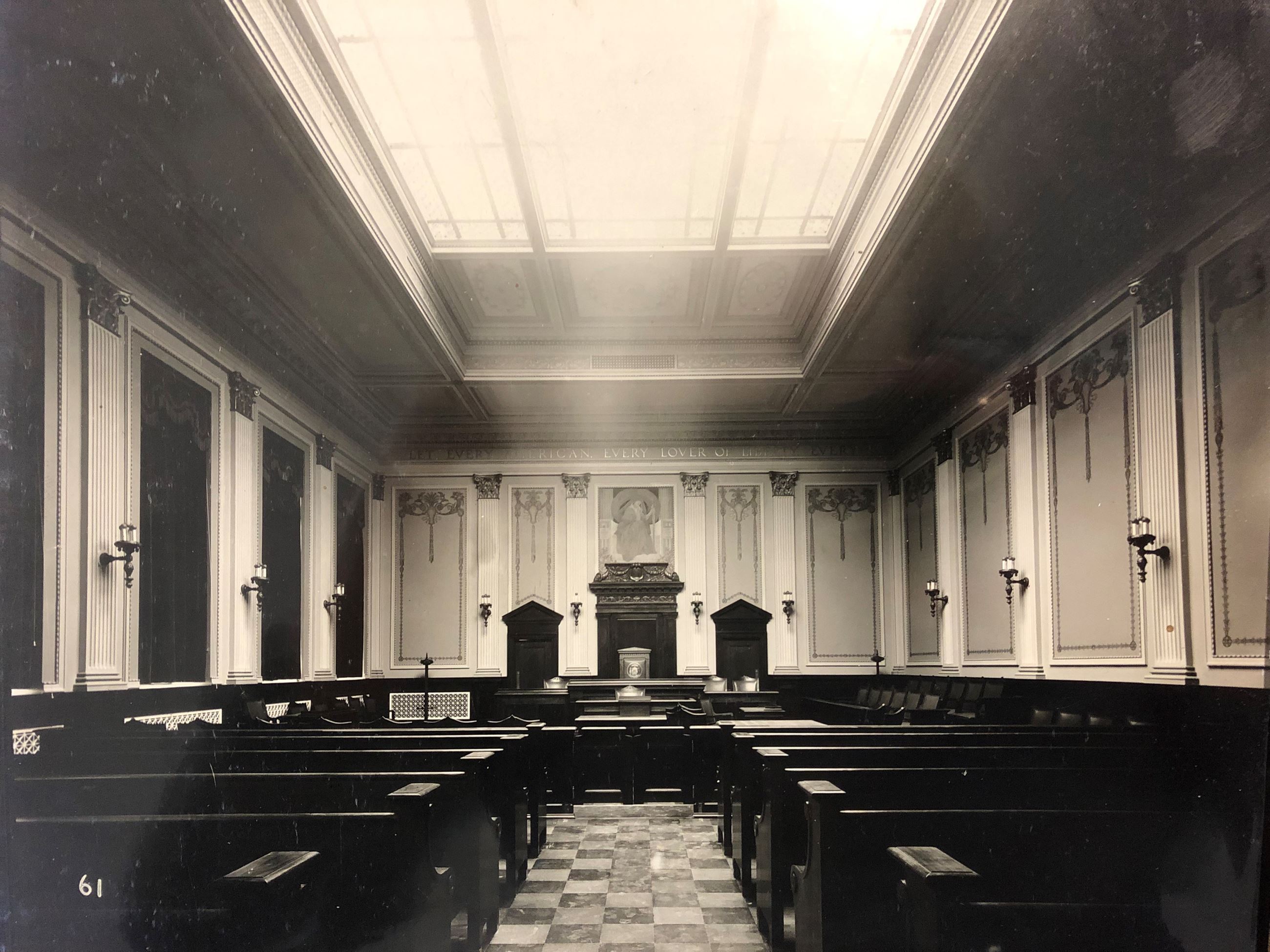 While the Ceremonial Courtroom maintains a stately presence, much of its original ornamentation is now obscured by the drop ceiling.

Above that celling, however, remains a stark reminder of the room’s former grandeur. In the process of installing modern ventilation equipment, great damage was done to the original decorative plaster, but much of it also remains in outstanding shape.

Exploratory, micro-restoration work that has been conducted proved that a full restoration is possible — should Kenosha County be able to obtain funding from grants, private donations and other sources.

The proposed restoration project will involve removal of the suspended ceiling as well as all the ductwork, mechanical, plumbing and electrical work. 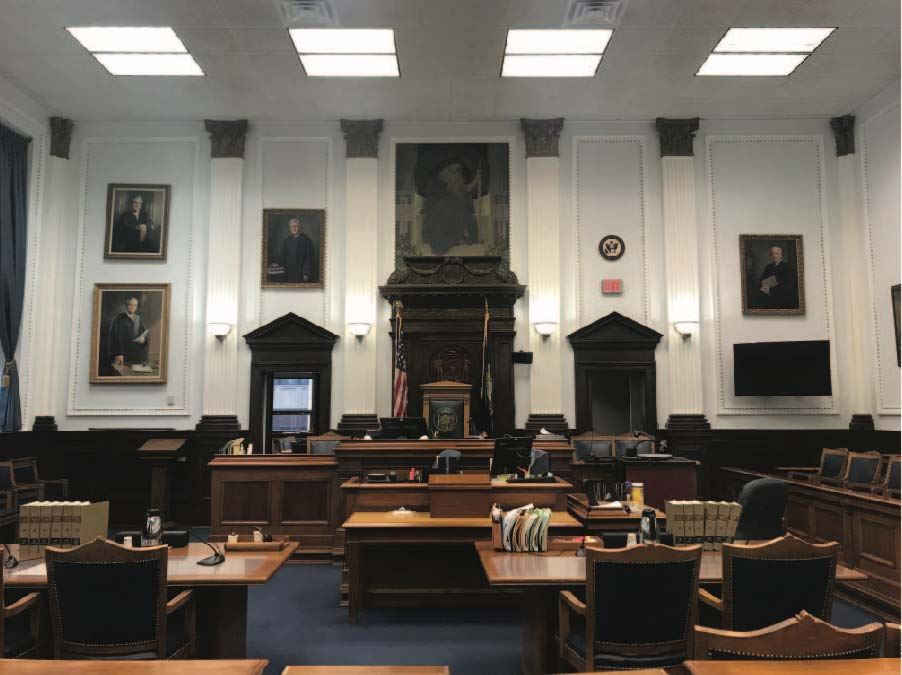 The new mechanical and fire protection systems will be re-routed to an area above the decorative ceiling. A new electrical lighting system will be installed.

Kenosha County’s objective in completing this project is to restore the Ceremonial Courtroom to its former grandeur, preserving this focal point of the building — as it was originally imagined — for future generations.

A decorative frieze that encircles the room displays a quote from Abraham Lincoln, much of which remains intact:

“Let every American, every lover of liberty, every well-wisher to his posterity, swear by the blood of the Revolution, never to violate in the least particular, the laws of the country, and never to tolerate their violation by others.”

This quote was delivered by Lincoln as part of his Address Before the Young Men’s Lyceum of Springfield, Ill., in January 1838. One of his earliest published speeches, it was given when Lincoln was just 28 years old, 23 years before he became president.

How You Can Support the Project

We are proud that the prestigious Jeffris Family Foundation has chosen this project to receive a challenge grant of $675,000 that must be matched with $1,350,000 to be received. The full challenge amount must be raised in private funds to receive the grant.

Your support is needed to restore this hidden gem that represents the civic pride of our community; we are honored to recognize the community’s generosity.

All gifts at these levels will be permanently recognized on the Donor Wall outside the Ceremonial Courtroom:

Gifts of any amount are deeply appreciated; they will be noted on a display within the Courthouse.

Kenosha County appreciates the Kenosha Community Foundation for serving as the fiscal sponsor for the Ceremonial Courtroom Restoration Project. To make an online donation to the project, please click the button below.

All gifts to the restoration are tax deductible to the fullest extent of the law.

If you wish to have your name, your family or your business recognized, please contact the Office of the County Executive at 262-653-2600 or [email protected], to discuss specifics and ask questions.

Project supporters speak on behalf of the Ceremonial Courtroom restoration.