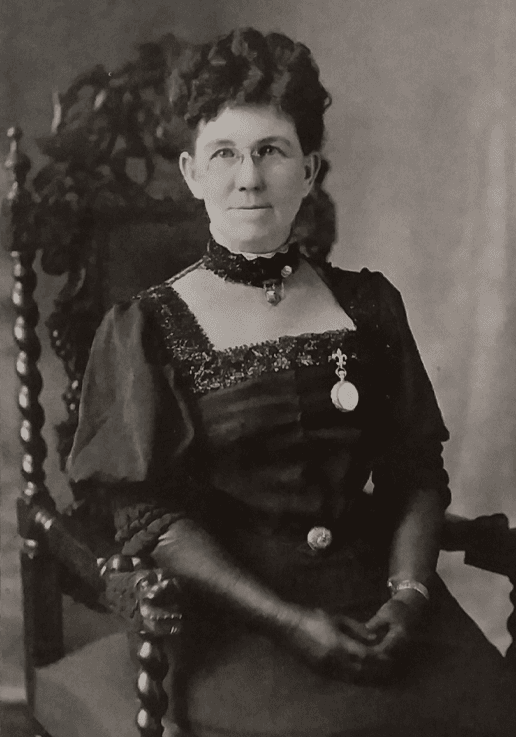 Dr. Helen Harbert was born Helen Hansen in Copenhagen, Denmark, in 1860 to Jacob and Margaret (Dann) Hansen. She was educated in Copenhagen and emigrated to the United States in 1887. She studied at the Northwestern University Woman’s Medical School of Chicago and graduated with the class of 1891.

She came directly to Kenosha and set up a medical practice at 266 S.W. Main Street (Sixth Avenue "A").

By 1916 she was teaching electrical treatments and massage at the Kenosha Hospital.

At the initial meeting of the Kenosha Equal Suffrage League held January 12, 1912, Dr. Harbert gave a speech on what the ballot would mean for working women. She told the gathering that political status was a necessity to the 7 million working women in the United States if they were to realize their demands for "equal pay for equal work," for improving working conditions, shorter hours and for protective legislation.

Harbert’s personal life had more grief than most women.

She married Christian Arentzen in 1879 but he died along with Helen’s father in a house explosion in 1893.

Their daughter Inger graduated from Kenosha High School and was an organist of exceptional talent. Inger’s marriage to a distinguished violinist and composer, who composed work for the Chicago Symphony Orchestra, ended in divorce.

Dr. Harbert was a member of many social and secret societies in Kenosha, including the Danish Sisterhood, the Eleven Society, the Royal Neighbors, the Maccabees, the Mystic Circle and the Degree of Honor. She was also a member of the American Medical Association.