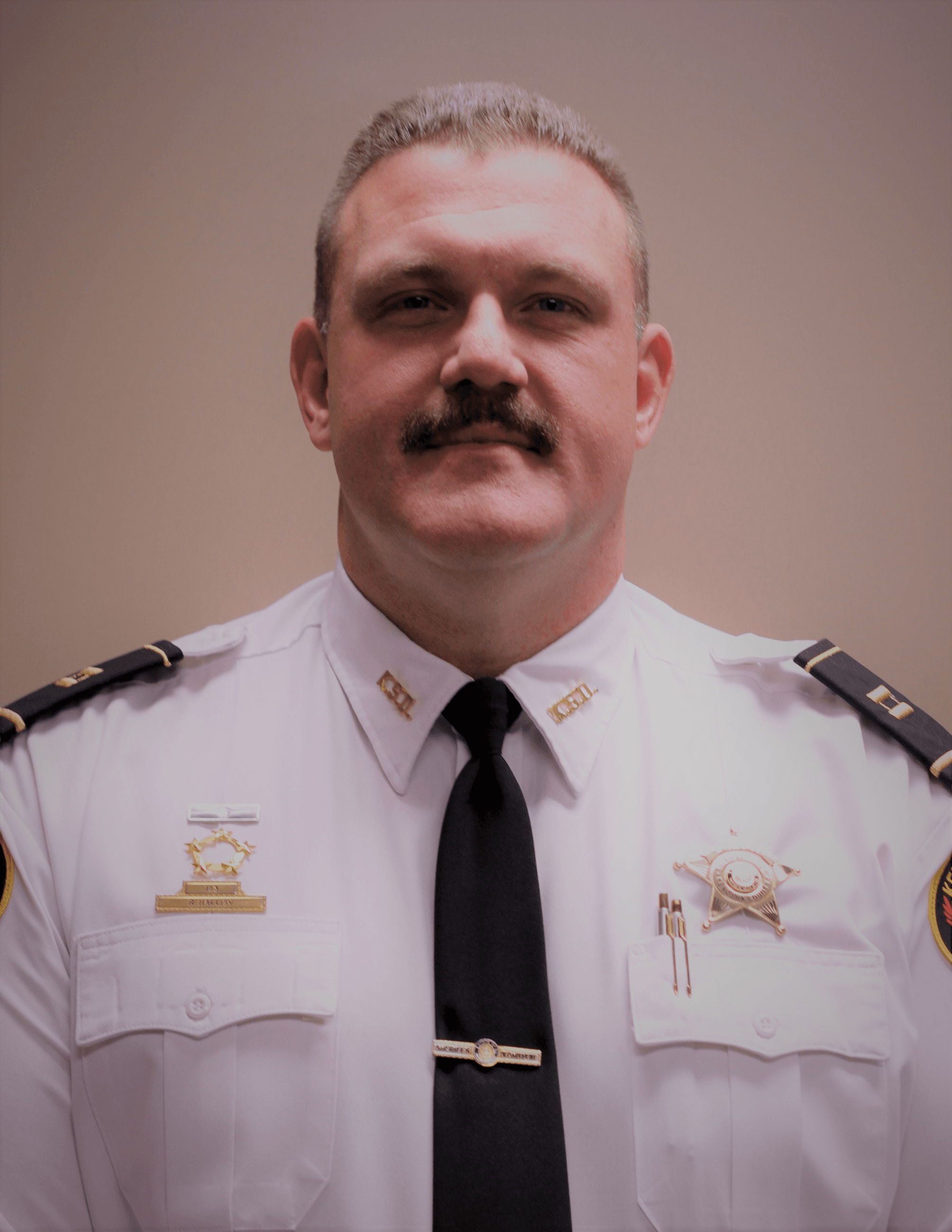 The Operations Division of the Sheriff’s Department consists of Patrol and the  Detective Bureau.

The operations division is commanded by Captain Robert Hallisy.

In May of 1991, Captain Hallisy was awarded the Silver Star for pulling a child from a burning house.

Captain Hallisy was promoted to Sergeant in July of 2000. He spent time as a shift supervisor on all three Patrol shifts. During this time he was selected to be the TRT Commander and then the Hostage Negotiations Unit Commander.

Captain Hallisy was promoted to Lieutenant in January of 2010, and assigned to be the Commander of third shift. As a Lieutenant, Hallisy served on the Kenosha County Traffic Safety Commission and was the Wisconsin Department of Transportation traffic grant administrator for the Sheriff’s Department.

Captain Hallisy holds a Bachelor of Arts Degree from UW-Parkside in German with a minor in Mathematics. He is a current adjunct instructor at Gateway Technical College, and he also has served on the Board of Directors of Women and Children’s Horizons since 1996, holding various officer positions throughout that time.